In Pakistan, Quaid e Azam day is celebrated every year on December 25. Quaid e Azam was an Indian politician who campaigned for an independent Pakistan, and became first Governor general of Pakistan. People gave him the title of “Quaid-e-Azam” which means “Great Leader”.

After graduation, Jinnah started a successful legal practice in Bombay. In addition to serving as a member of the Indian National Congress. He joined the Muslim League in 1913, a group formed to represent the interests of Indian Muslims and he was elected as president of the organization in 1916. In 1920, the group launched a boycott of the British government, which Jinnah opposed, leading to his resignation.. 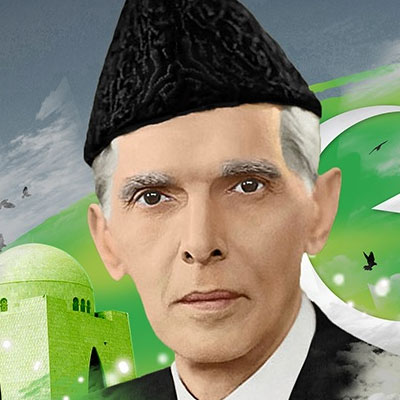 In 1937, the Indian National Congress refused to ally with the Muslim League in areas where there was a mixed Hindu and Muslim population. In 1940, a formal request was made for the establishment of a Muslim state in Pakistan. Jinnah hoped that Hindu-Muslim unity would be achieved without the secession of Pakistan, but he understood that the only way to protect the rights of Indian Muslims was through partition.

He negotiated with the British which led to the partition of India which created Pakistan in 1947.. He became the first Governor General of Pakistan but died of tuberculosis on 11 September 1948.

Special celebrations are being held across Pakistan on the occasion of Jinnah’s birthday. Special programs are made to presents the history of his struggle in making Pakistan. In his honor, the national flags are hoisted on all private and government buildings.

Many Pakistanis visit Jinnah’s tomb to pay homage to Quaid. Heads of state often ask people to seek Quaid-e-Azam’s guidance to transform Pakistan into a country of peace, brotherhood, patience and preservation of the human rights of minorities across the country. Schools, government offices and many businesses were closed to commemorate the life and legacy of Quaid-e-Azam. Leaders lay flowers at his shrine, while school children often hold ceremonies in his honor during public holidays.