Pakistani television actor Zahid Ahmed born September 20, 1984. Zahid Ahmed received his first education at Rawalpindi and Princeton University of Marketing. From 2003 to 2011, Zahid Ahmed worked as an Assistant Executive Director (Corporate Trainer) in sales and customer service for an IT company, but he left his job when fraud was discovered in the company and joined the Pakistani television network PTV Home, and later in as a creative manager on PTV World, where he met Anwar and accepted the offer to play Muhammad Ali Jinnah in the play “Sava on August 14” in 2013 and made his television debut with the romantic series Mehram the same year. His breakthrough role in the TV series “Alvida”, for which Zahid Ahmed received the Hum Award as the best villain. 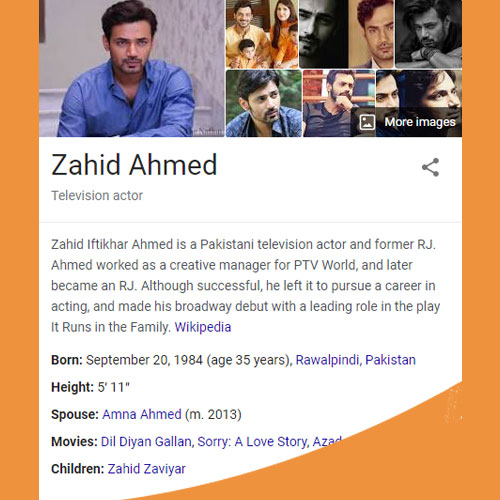 Ahmed began his career as an RJ, where he hosted Pakistani versions of Australian morning shows: Breakfast Show and Rush Hour for a year from 2002 to 2003, but left the show due to work at ISB. Thanks to his radio experience, Zahid Ahmed is a professional voice-over voice and has worked for various commercials for the BBC, Nokia and is an official member of Voices. He also played a small role in the unreleased Cedare film co-produced by Canada and Pakistan.

In 2006, Zahid Ahmed made his stage debut in the Pakistani adaptation of the comedy play Ray Kuni, where he played Dr. David, and in 2007 – the musical “Bombay Dreams” as Vikram. However, fame came to him later, when he played the role of Muhammad Ali Jinn in the hit political-dramatic play by Anwar – “Savva on August 14” 2013. Having lost 22 kilograms for the role he successfully played in more than 200 shows, having toured in Karachi, Lahore and Islamabad. He then left work at PTV to become a full-time actor. 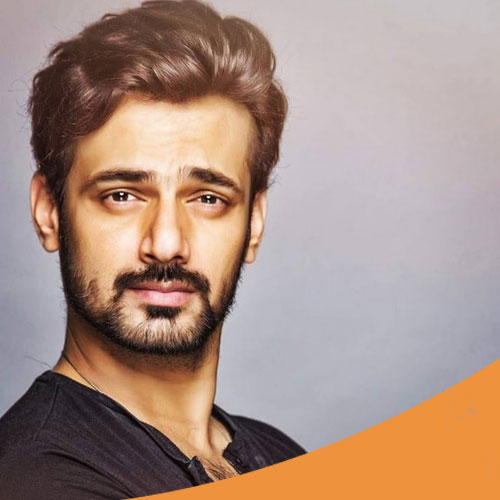 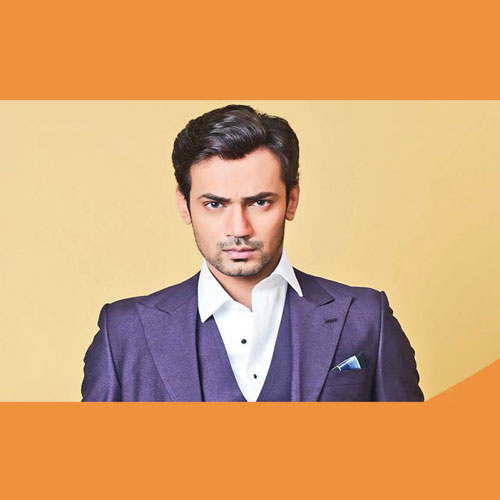 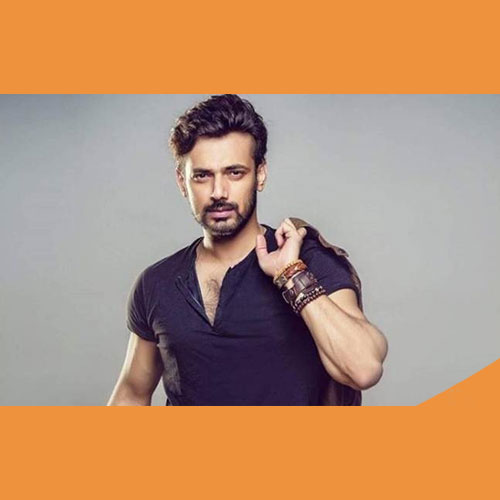